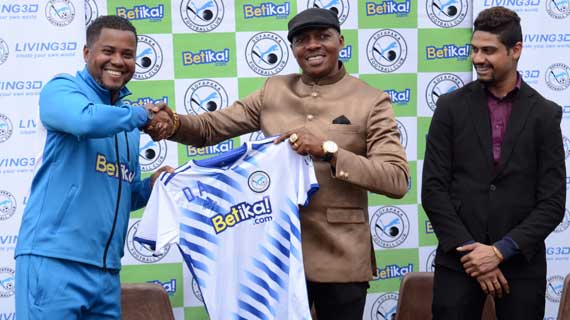 Portuguese tactician Divaldo Alves led  Sofapaka  for the first time on Friday evening when the club when  the team defeated Posta  2-1 in Narok.

The tactician was signed  with an intention to steer the team to new realms with club legend John Baraza deputizing him and he says he is ready for the challenge.

“I am under no pressure really. Of course in football whether you are top or bottom there is always pressure but for me, I have a lot of experience and I know that this is the first match and we should be calm and composed for it,” the coach said.

The tactician also says he is happy with the progress, but also states he hopes to improve the team further.

“The players have very high commitment and I am impressed with what I have seen. I love their ability, their skills and technique on the ball. Now we need to polish them like a rough diamond to be more of a beauty. We can improve a lot,” he noted.

The club on Thursday unveiled 11 new signings ahead of the season, among them being goalkeeper N’Guissan Yao signed from Togo to replace Justin Ndikumana who left for Bandari.