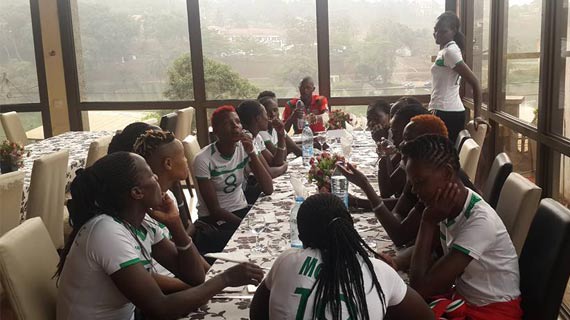 Malkia Strikers at their hotel in Yaounde

The Kenyan women volleyball team is expected to receive  financial boost on Friday in Nairobi  from the National Olympics Committee.

The team left Nairobi on Wednesday morning for Cameroon with officials indicating they had no money to cater for the team's stay in Yaoundé.

The Federation officials further confirmed that they had to borrow  cash to purchase the team's air tickets for the trip to avoid last minute withdrawal from the tournament as was the case with the men's team.

Meanwhile, the NOC-K will hold a consultative meeting with federations that are likely to present athletes to Rio 2016 Olympics at NOC-K boardroom on Friday at 10.00am. Among issues to be discussed include team qualification, accreditation, appointment of team officials, and training after qualification.

Important dates ahead of the Rio Games will also be an item of discussion.