Nakumatt eye win away in Chemelil 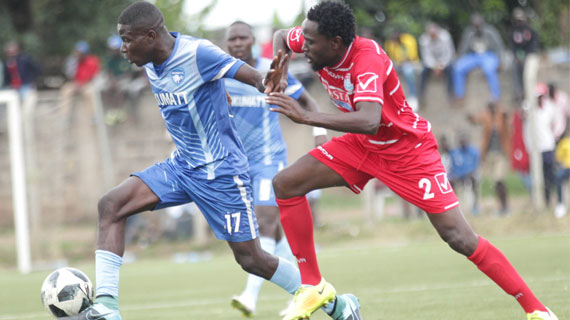 Nakumatt’s only loss under the tutelage of new boss Melis Medo came away from home having gone down 3-1 to Sony Sugar on the 10th of this month. It is no wonder that the Egyptian born American coach admitted he doesn’t fancy away trips to the sugar belt.

But as his side prepares to face Chemelil in Awasi on Saturday afternoon, Medo says his charges have no choice but to go for all the three points as they look to squeeze into the top half of the table. Of 10 away games this season, Nakumatt have won only three.

“It is tough playing away but we have to keep trying. We have to work hard and ensure we keep the momentum running. They are very tough games but we are ready. I think the confidence we have gathered is enough for us,” the coach noted.

Nakumatt suffered a massive 4-1 loss to the sugar belt side in Machakos in the first leg and they will be heading to the reverse fixture breathing revenge especially now that their confidence has been boosted with a better financial backing.

This is the second time Nakumatt is travelling down to Chemelil and the first time they did, they ended up 2-0 losers.

The side though has been in good form winning four of their last five games.

Elsewhere in Mombasa, Mathare United who have never lost in the Coastal city will be taking on Bandari. Mathare has been boosted with the availability of defender George Owino who has missed the last two months of action with injury.

Bandari have beaten Mathare only once in 15 attempts and coach Ken Odhiambo will be keen to rectify that part of history, with his side angling for a move into the top three. Only three points separate the two sides at third and fifth in the standings.

In Mumias, Vihiga United will be at home to a new look Tusker FC who are expected to hand first team debut to new signing Patrick Matasi, the shot stopper having joined from Posta Rangers. Tusker have had a tough season only winning one of their last five matches and are placed 10th in the standings.