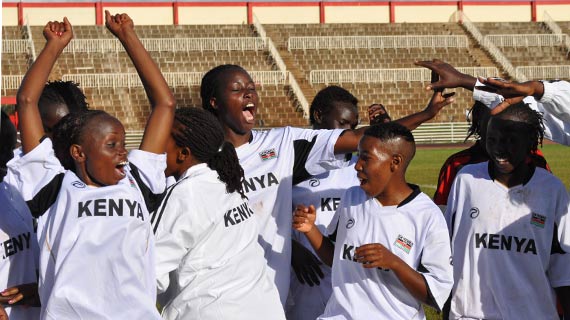 Football Kenya Federation through their Nairobi branch on Wednesday launched the Nairobi Women Champions Cup, an inaugural football competition that will bring together 16 select teams in Nairobi to fight for the top honours.

The competition will begin from the quarter finals stage with prize monies up for grabs for the top three finishers.

Speaking during the launch Nick Mwendwa , an spirant for FKF Presidency said: “We want to give the girls a chance and it is important that we elect people who will ensure that women football is developed. It is a time we took football away from the offices in Nairobi to the grassroots.”