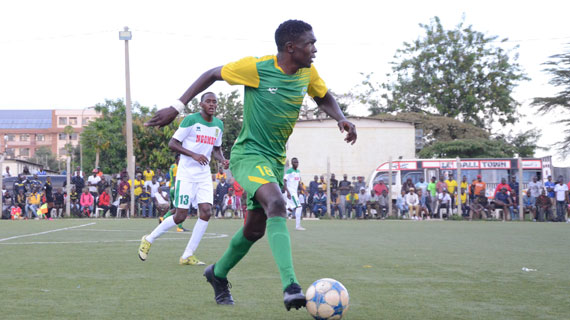 Kariobangi Sharks head coach William Muluya was left impressed with midfielder Sven Yidah’s performance on his return from injury, playing a starring role in the side’s 1-1 draw with Mathare United on Sunday.

Yidah who had established himself as a cog in the Sharks midfield had missed almost two months of action due to injury but his return on Sunday sparked some smiles on Muluya’s face.

“I am pleased with his performance, at least it’s encouraging for someone to be injured for a long time and he comes back to give such an exemplary performance. But again I think he has to work harder because there were people playing in his absence and they were doing a good job,” the tactician noted.

Muluya was also impressed with his entire team’s performance against Mathare and notes they now need to score more having picked four draws off their last five matches.

“It is something better that at least we are scoring. Now that we are scoring one, we should score the second one and I am sure it’s not going to be a dry land for long, the rain should be coming soon,” the tactician further noted.

Sharks’ slow performance has seen them drop to 11th in the standings with 17 points.