Mukidza, Oliech optimistic ahead of Paris 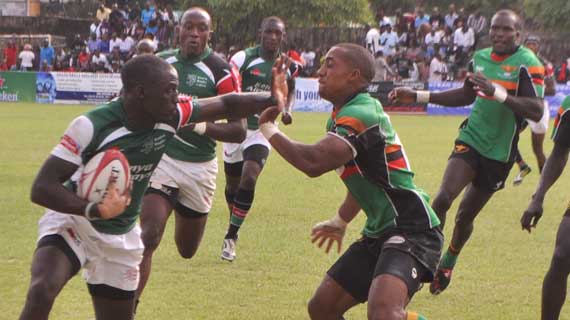 Mukidza, Oliech optimistic ahead of Paris

Shujaa players Sammy Oliech and Darwin Mukidza have expressed their optimism ahead of the final rounds of the 2016/17 HSBC Sevens World Series.Speaking to Kenya Rugby prior to the team’s departure on Monday, Oliech said,

“ We’re looking to finish on a high, get whatever points we can get, hopefully play in the cup semifinals onwards.”

Mukidza, returning for the first time since the opening rounds in Dubai and Cape Town said, “ It feels great to be back. It is going to be a real test for me…I expect to go and perform well.” Shujaa will start their Paris Sevens fixtures with a Pool C clash against hosts France at 1.12pm on Saturday 13 May 2017 before facing Spain at 4.38pm. They will finish off their group matches against England at 8.26pm.