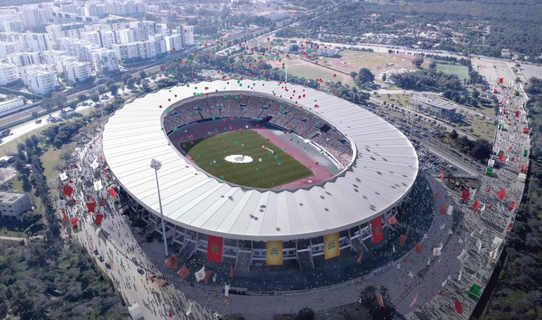 The 2018 World Cup kicks off on 14 June and just a day before, the World Football Governing body FIFA will welcome soccer executives who converge in Moscow to vote for the host of 2026 World Cup.

Morocco will be making their fifth attempt to host the prestigious competitions. The country has previously bid, albeit unsuccessfully, to host the 1994, 1998, 2006 and 2010 editions. South Africa won the rights to host the 2010 World Cup, the first ever to be staged in Africa.

The North African country, in its bid handed over to FIFA, has disclosed a massive budget and government commitment to successfully host a memorable 2026 FIFA World Cup. They face the main competition from a three-pronged bid from USA/Mexico/Canada.

Aware they are the underdogs, Morocco is leaving nothing to chance and has disclosed plans spend almost Ksh 1.6 Trillion, a tidy sum to renovate existing stadiums and build from scratch new ones plus the enabling infrastructure required.

Also Read: Ultra-Modern Kinoru Stadium to be ready in June

Ksh. 303 Billion will be used to build nine stadiums, refurbish five existing ones and rehabilitate 130 training grounds. This includes one a 93,000-capacity stadium in Casablanca to host the opening and final matches plus new stadiums in Casablanca, Marrakech, El Jadida, Meknes, Nador and Ouarzazate that can accommodate around 50,000 fans. The five stadiums to be refurbished are Marrakech, Agadir, Fez, Rabat and Tangier.

To showcase its culture to the Wold, Morocco plans to develop host cities to correlate to major tourist sites of historical significance and natural beauty

Another pitching point is that Morocco’s time zone is same as that of Western Europe thus a greater opportunity to tap into the soccer mad and high spending Europe viewing block.

Logistics will also be easier as compared to the USA/Mexico/Canada bid as all host cities are within 342 miles radius from Casablanca and a maximum of one and a half hour flight.

To avoid obsolete and white elephant infrastructure, Morocco plans to downscale some of the facilities in a concept dubbed 'Legacy Modular Stadium’ after the tournament.

The FIFA Council has approved new regulations in an attempt to make the World Cup bidding process more transparent. All countries affiliated to FIFA will vote and the voting choices made public. The 2026 World Cup will feature 48 nations.