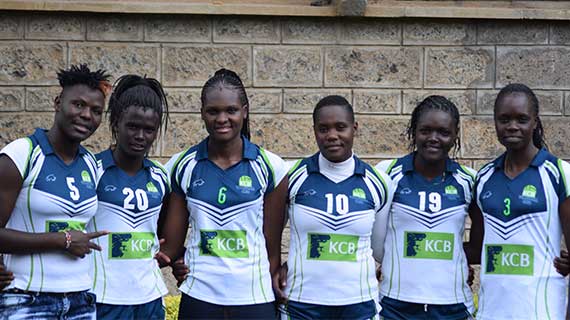 Moim joins the bankers on an initial three year period and her transfer follows hot on the heels that of middle blocker Edith Wisa also from Prisons and Kenya Pipeline sensation Sharon Chepchumba.

The bankers have as well roped in Ugandan Sharon Amito from Ndejje University in what promises to be an exciting squad for the new campaign.

“We have been in consultations with the technical team and we are convinced that these four players will take the team to the next level. It’s a long-term project that we believe will change the lives of these players and shape the future of Kenyan volleyball,” said Judith Sidi, KCB Group Head of Corporate and Regulatory Affairs who is also KCB’s volleyball team patron.

The bankers had started their rebuilding last season with the acquisition of the likes of Noelle Murambi and Leonida Kasaya who led them to a second place finish at the national play-offs.

This season, the moneybags have shown they mean business and they started off their year with the acquisition of Malkia Strikers head coach Paul Bitok as their technical director.

The move has now left hitherto giants Prisons and Pipeline reeling with most of their key players leaving. Pipeline has been especially hit hard with the only notable player left in their side being skipper Triza Atuka who is still recovering from an ACL surgery.