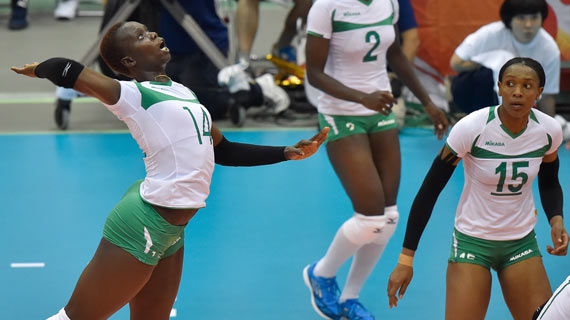 Moim has accumulated  239 points from 13 matches  just 30 points less than the current leader who has 269 points from 16 matches.

"I thank God that so far  I have managed 239 points  and that is not an easy achievement in a very competitive league here in Finland where everyone is in top form. I thank my team mates who have been very supportive  and I am determined to  accumulate more points this week."  Moim told michezoafrika.com.

The Kenyan attacker, who at one point was leading the scorers’ table at the World cup for four days, finished with 146 points from 128 spikes, 8 blocks and 10 serves.

Moim is among the four foreign based players who have been drafted in the national women's team expected to travel to Cameroon for the Olympics qualifiers set for February. Others are France based trio of  Evelyne Makuto , Jane Wacu and Esther Wangeci.