Migne: Oliech did not show reason to be called up 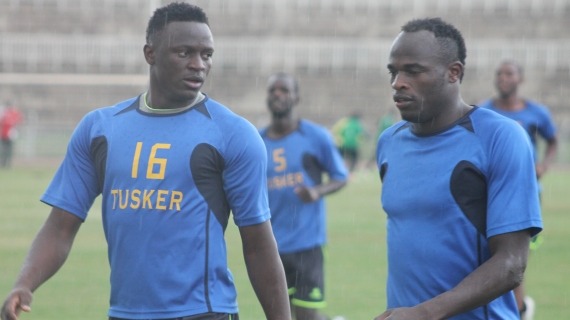 Even if he didn’t pick up an injury, Harambee Stars coach Sebastien Migne says he would not have called up striker Dennis Oliech to his squad that travels to Cairo, Egypt for the African Cup of Nations in June. Oliech took Kenya to it’s last Cup of Nations in 2004.

The forward broke a two year sabbatical to come back to active football signing for Gor Mahia, with most touring him for a call up. That was quashed through when he picked up an arm fracture, but that notwithstanding, Migne would not have called him up either way.

“Historically he was one of the best players in Kenya but what is interesting for me is to see now. I am not sure he is the best striker. For me if he shows me he deserves to be there he will be there I am not afraid about it,” Migne said.

“In terms of experience it will be fantastic but in terms of performance he didn’t show me he could be there to compete with his teammates. He scored five goals in the league with three or four penalties and I wait for more from him,”

“I have nothing against Oliech; he played for my former team Nantes at one point in his career but now sorry maybe I arrive too late in the country for him,” the coach noted.

Meanwhile, Migne has also defended his decision not to call up Zambia based striker Jesse Were.

“For Jesse in 26 call ups he has never scored one goal for the national team. I know he is the best striker in Zambia but we also have the best striker in Kenya in the list. Today he is not in my list but tomorrow he is there. Always the player has the answer; maybe it’s a good message for him,” Migne quipped.