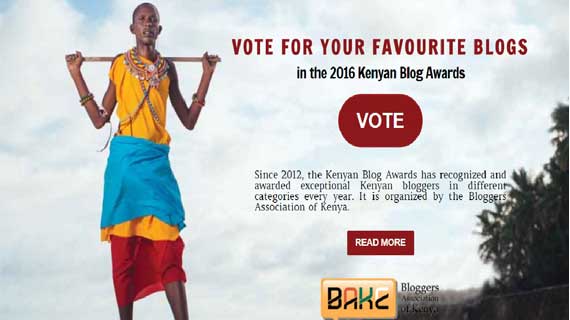 Michezoafrika.com has been  nominated for this year's edition of the Bloggers Association of Kenya Awards (BAKE AWARDS).This year's Awards ceremony will be held on  7th May 2016 in Nairobi.

The voting phase is currently ongoing  and will close on 1st May 2016.