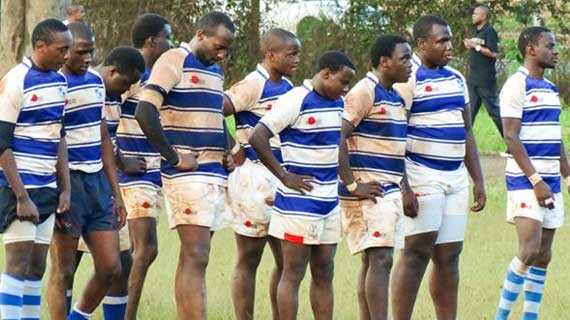 Mean Machine’s 40 year stint in the Kenya Cup is over after Saturday’s 12-21 loss away to Top Fry Nakuru condemned Kenyan rugby’s most recognizable club to the second tier.

Playing out of the University of Nairobi’s main campus, Mean Machine made their Kenya Cup debut in 1977, upsetting the top order by clinching that season’s title.

Back to back Eddie Rombo inspired Kenya Cup titles in 1989 and 1990, and that running rivalry with Nondescripts etched Machine’s name in popular Kenyan rugby folklore. The team would get, and still gets top of mind brand recognition. It was NEARLY every young man’s dream to play for this side. (NEARLY in caps because not all harbored the same ambition).

Unfortunately, with the constant evolution of the game,both locally and internationally, as well as a constant player exodus which started in the mid 90s, Machine would suffer and suffer they did, despite flash in the pan performances on the odd occasion in the intervening years,  doomsday was always dawning for Machine and it has eventually come to pass.