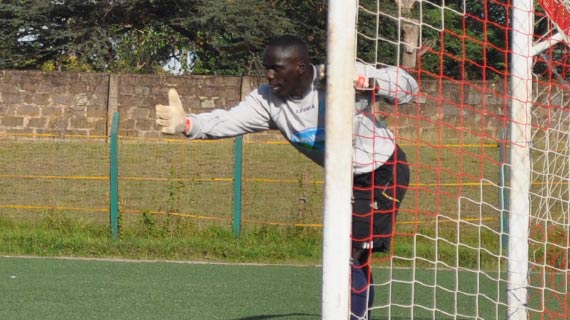 Just less than 24 hours after parting ways with Robert ‘Boban’ Mboya, Mathare United have netted keeper David Okello who was said to be on his way to Posta Rangers after leaving Tusker FC. Mathare announced the signing of the experienced shot stopper on Monday afternoon.

The Slum Boys were staring at a possible goalkeeping crisis with Wycliffe Kasaya having earlier left for Sofapaka. That left the club with only rookie keepers Job Ochieng and new signing Emmanuel Otieno.

Okello will definitely slot straight into the starting team and the experienced custodian is looking forward to the challenge.

“It feels great to be back at home. The environment is familiar because I have played with some players here and also the system is one that I am used to. A lot is expected of me being the senior but they are young talented keepers who are ready to learn. Leading such a group is easy because they are hungry for success,” the shot stopper said after his first training session with the club.

Mathare are winless in their last 12 games having picked only one win and seeing their early title hunting pace slowed down to drop to third on the Kenyan Premier league table.

Mathare have also lost midfielder Edward Seda who made a return to his boyhood club AFC Leopards.