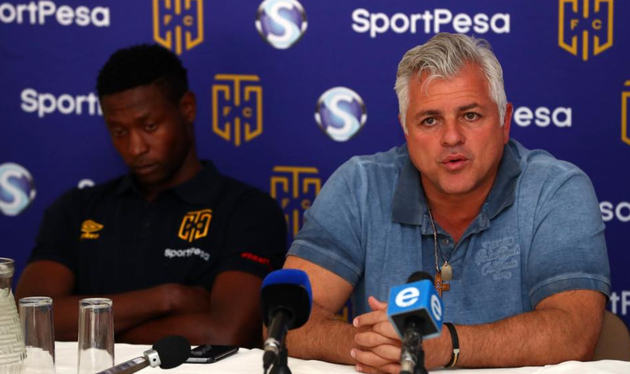 South Africa Premier Soccer  League (PSL) club Cape Town City will participate in the second edition of the SportPesa Super Cup tournament to be held in Kenya from  4th to 10th June,  2018

The tournament features mainly clubs sponsored by the betting firm SportPesa with a few additions to spice up the competiton.

The inaugural tournament was staged in Tanzania last year with Kenya represented by Gor Mahia, AFC Leopards, Nakuru All Stars and Tusker FC. Gor Mahia thumped AFC Leopards 3-0 in the final to win the tournament and a chance to play Everton FC, a match that ended 2-1 in favor of the star studded English Premier League side.

SportPesa  boasts of a galaxy of sponsorship deals with EPL side Everton FC, Championship side Hull City, Tanzania giants Simba and Yanga, Kenyan giants AFC Leopards and Gor Mahia and made foray into the PSL by signing a deal with Cape Town City.

The winner of the 2018 SportPesa Super Cup will play against Everton FC.