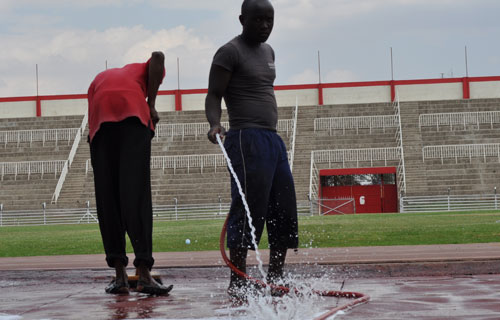 The much anticipated Mashemeji derby is on this weekend. The new development follows the host club (AFC Leopards) securing Nyayo Stadium to host the match on Sunday 7th May.

Yesterday, the club had requested for the postponement of the match owing to unavailability of both Nyayo and Kasarani Stadium which have been undergoing renovation but they were able to seal a deal with Nyayo Stadium.

The match had been initially scheduled for Afraha Stadium in Nakuru but security fears led to cancellation.

After eight matches this season, only two points separate the two sides with second placed Gor Mahia having the advantage with 16 points.