Malkia suffer loss to Brazil, now in must win against Dominican Republic 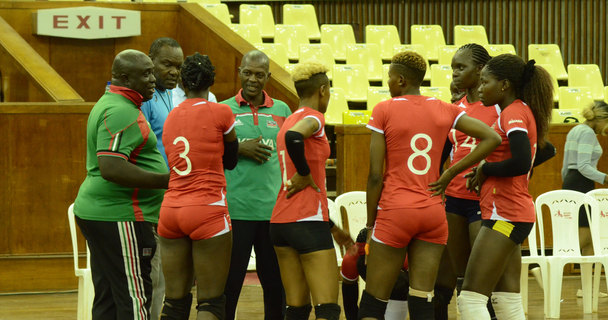 Kenya’s hopes of making it into the second round of the FIV Women’s Volleyball World Championship suffered a massive hit when they lost their third straight match by straight sets to 2014 Bronze medalists Brazil.

Natalia Pereira was Brazil’s match winning player accumulating 12 points as the South Americans carried the day in scores of 25-13, 25-10, 25-16.

Kenya were no match for the Brazilians and they could not find a way to get even a set off the tie with Emmaculate Chemtai being Kenya’s highest scorer with 9 points.

With the result, Kenya has to beat the Dominican Republic on Thursday morning and hope Serbia do them a favor and beat Puerto Rico for them to have a chance at the second round.

The opening set was close with Kenya keeping the bats 8-6 at the first technical time out. However, the Brazilians pulled away and led 16-12 at the second TTO.

Too often the Kenyans lost points on attacks that were blocked back over the net and fell into open space. Caixeta played well on attack as Brazil rolled to take the set 25-13.

Brazil quickly took an 8-2 advantage by the first TTO in the second set. The Kenyans again played with great energy, but were unable to string together a series of points.

They committed several unforced errors especially in reception from service that helped Brazil build up a big lead. Brazil clinically moved through the rest of the set, ultimately taking it 25-10.

The final set mirrored the first two, as the Brazilians took control early and never looked back. The South Americans scored seven straight points to moved ahead 7-1. The Kenyans gamely tried to hang in, but could not match the overall skill level of their opponents. P

Despite some resistance from the Kenyans, Brazil closed out the set and match 25-16 on a spike by Rosamaria Montibeller.