Malkia Strikers will not travel to Puerto Rico 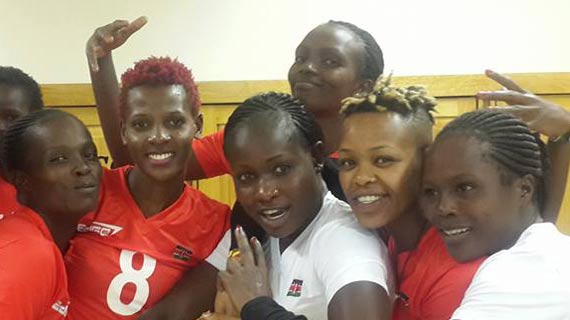 Malkia Strikers will not travel to Puerto Rico

The Kenya Volleyball Federation will require more than 10 Million shillings to  take the Malkia Strikers team to the  FIVB Olympics qualifiers playoffs in Puerto Rico.

Kenya failed to qualify for the Olympics after losing to Egypt n the semi finals at the Africa Qualifying event held in Yaoundé Cameroon between February 10th -19th 2016. Cameroon won the single slot for the games after defeating Egypt in the finals with Kenya winning bronze.

The second and third teams at the Africa qualifiers had another opportunity to qualify for the games but will have to play Puerto Rico and Colombia  with the winner earning the direct ticket.

According to the Kenya Volleyball Federation chairman Waithaka Kioni, "The KVF executive committee  held a meeting last weekend and decided not  to commit to take the team to Puerto Rico because we will require more than ten million shillings that we do not have ."

Kenya Volleyball Federation received 3 Million shillings boost from the National Olympics Committee of Kenya ahead of their trip to Cameroon.

Africa will be represented at the Olympic games by Cameroon.

2004 was the last time Kenya took part in Olympics that was held in Greece and lost all her pool matches to Brazil, Greece, Italy, Japan and South Korea.