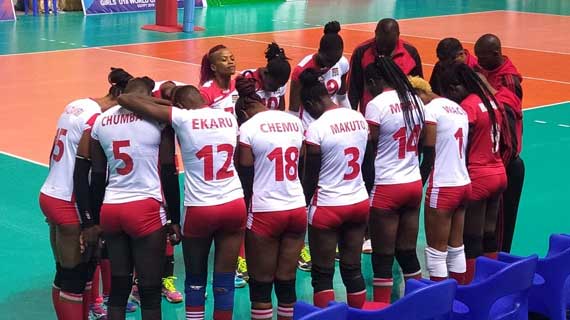 The Kenya women Volleyball team –The Malkia Strikers- on Saturday night trounced Senegal 3-0 to qualify for the finals of the 2019 Africa Cup of Nations in Cairo Egypt.

To qualify for the finals, the Kenyan team had come from two sets down to overpower defending champions Cameroon 3-2 on Thursday in their final Group B match.

Kenya will now face the winner of the second semifinal between host nation Egypt and Defending Champions Cameroon who face off later on Saturday night to complete the finals pairing.