Malkia Strikers to camp in Brazil ahead of World Champs 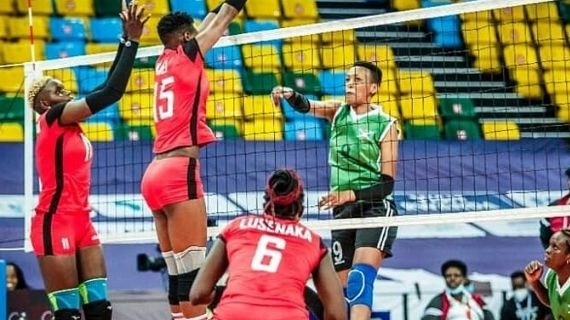 Head coach Paul Bitok says the team is expected to land in Brazil by the 20th of this month and will later on also fly to Serbia for three friendly matches.

Malkia Strikers in past action

The women’s volleyball team Malkia Strikers will travel to Brazil for a two-month training camp ahead of the World Championships which will be held in Netherlands and Poland in September.

Head coach Paul Bitok says the team is expected to land in Brazil by the 20th of this month and will later on also fly to Serbia for three friendly matches.

“We have made plans courtesy of a sponsorship with the FIVB and a local betting company to enable the team have these two months of training in Brazil. I have been working with the Brazilian coaches who were with us from the time of the Olympics and we are setting down the plans,”  said Malkia head coach Paul Bitok.

He added; “We will also fly to Serbia for friendly matches against the hosts. We are trying to see whether we can have one or two other countries to play at least four games there and this will be very crucial for us.”

Bitok remains confident that the two-month training camp will be crucial for the team to prepare well for a good performance at the World Championships.

Kenya has been drawn in Pool A for the World Championships and will face off with hosts Netherlands, Puerto Rico, Belgium, African rivals Cameroon and Italy in Pool A. Their first match will be against the hosts on September 23.

Bitok says the team will need to prepare well.

“What has been lacking before is this kind of exposure. With the input we have from the Brazilian coaches and a training camp and friendly matches, I believe we will do everything possible to ensure the girls have progressed,” said the coach.

Meanwhile, Bitok says that KCB winning the African Championship and Pipeline finishing third is an indication of the rise once again of women’s volleyball and he says this will make the national team strong.