Malkia Strikers set for camp ahead of Kampala qualifiers 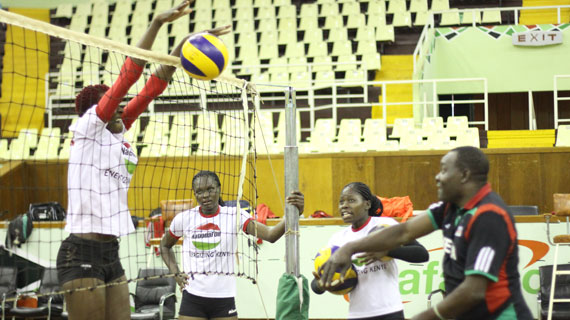 The Kenya women volleyball team Malkia Strikers has already commenced training in Nairobi as they set their eyes on qualifying for the All Africa Games.

A provisional team of 20 Malkia Strikers players have started non residential training camp to prepare for the 2019 All Africa Games  Zone V qualifiers slated for between May 18 and 24 in Kampala, Uganda.

Champions Kenya Prisons, Kenya Commercial Bank and Kenya Pipeline dominate the list, as the warders donated seven players, the Oilers and KCB have six apiece in the team as the Directorate of Criminal Investigations (DCI) contributed one only.

The coaching staff comprising head coach Japheth Munala and his assistant Josp Barasa has been maintained. Kenya will be hitting two birds with one stone as the two will be joined by Federation of International Volleyball (FIVB) coaching instructor Italian Shailen Ramdoo.

Ramdoo will be in Kenya for a three months training ahead of Tokyo 2020 Olympic qualifications set for between August 2 and 4 in Italy.