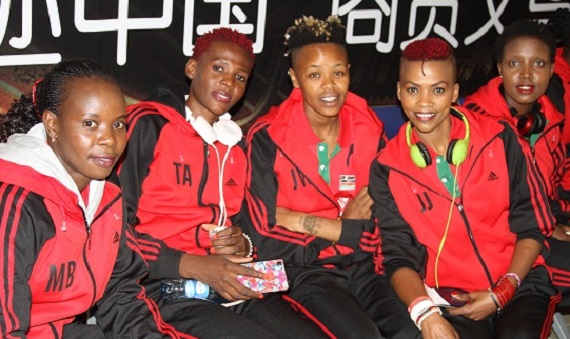 After 26 hours of travel, the Kenya volleyball team has safely landed in San Juan Puerto Rico ahead of the 2016 FIVB World - Rio Olympics qualifiers.

The team of 17 departed Nairobi on the evening of Tuesday 17th May via Amsterdam and New York landing in San Juan on Wednesday 18th May at 6:30PM local time (7 hours behind Kenyan time).

The team was received at the Luiz Munoz Marin Intl airport by Puerto Rico officials and will be staying at the Hyatt Place-City Centre.

Only one team from the qualifiers in San Juan will book the remaining slot joining the other seven nations in Rio later in August for the Olympics volleyball games.

Kenya plays the opening match against Colombia on 21st May before taking on Algeria (22nd) and host nation Puerto Rico on 23rd.