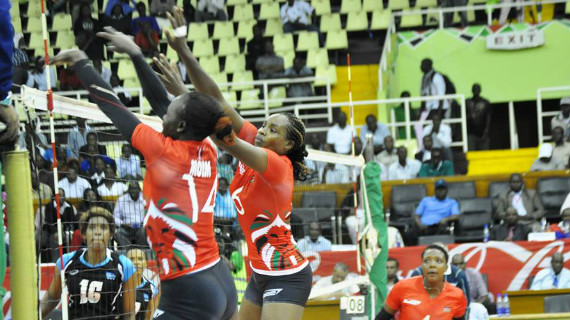 FIVB has released the qualifying fixtures for RIO 2016 Olympics with Brazil having qualified as host, China and Serbia as top two seeds from the just concluded FIVB women world cup hosted by Japan.The two shall be joined by 5 continental champions and 1 qualifier from an Intercontinental qualifier and 3 from the world Qualifier tournament to be held in May 2016 in Japan.

The African qualifying tournament will be held between January and March 2016 at a venue to be announced by the CAVB.Kenya through the Kenya Volleyball Federation have placed a bid to host the African Rio Qualifying tournament and their number one status in Africa should help boost her hosting chances.

The Malkia Strikers have surpassed their previous record winning the Group three Grand Prix tournament earlier in the year before registering their maiden win at the just concluded world cup.

The team shall benefit from a pool of five foreign based professional volleyballers plying their trade in France and Finland in Mercy Moim, Eshter Wangeci, Evelyne Makuto, Brackcedes Khadambi and setter Jane Wacu •

Kenya last took participated at the 2004 games in Athens,Greece and lost all her pool matches to Brazil, Greece, Italy, Japan and South Korea.Among those in the Muge Kibet led team were Violet Barasa, Dorcas Ndasaba, Janet Wanja, Roselyne Abunaga, Catherine Wanjiro, Libero Mercy Wesutila, Judy Serenge, Phylister Jibet, Abigail Tarus, Leonedas Kamende, Gladys Nasikanda, Dorcas Nakhumicha and Nancy Nyongesa . Setter Janet Wanja is the only player in the current national team from this team having made her maiden appearance at the Olympic as a 20 year setter