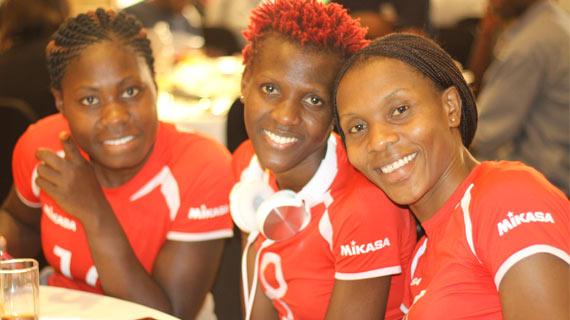 The national women volleyball team has started residential training in Nairobi as they prepare for the  upcoming FIVB world Olympic qualifiers and the World Grand Prix.

The team resumed training at Kasarani after the Africa Club Championships in Tunisia  with the technical bench trimming the playing unit from 23 players to 14." We needed to concentrate on detailed training with fewer players in camp because we have very few days remaining." noted head coach Davi dLung'aho.

Having missed the first qualifying opportunity in Cameroon in February , Kenya will now face Puerto Rico, Colombia and Algeria in the  chase for the remaining qualifying  slot for the games in Rio.

The team is expected to fly out to Puerto Rico on 17th of May 2016. After Puerto Rico , the team will then head to Argentina for the first round of the Group 2  World Grand Prix.