Malkia Strikers A and B teams to clash for Olympic selection 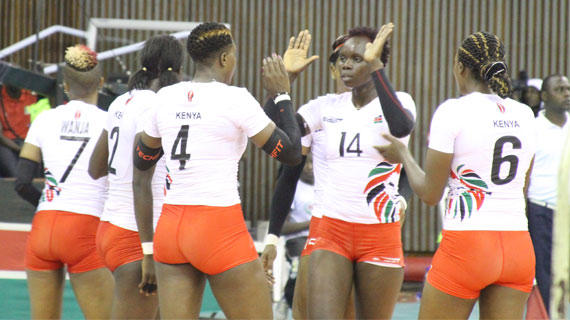 Malkia Strikers A and B teams to clash for Olympic selection

The Kenya Volleyball Federation has announced a high stakes match between the Malkia Strikers A and B teams  that will be used  to select the final national women senior volleyball team ahead of the Rio 2016 Olympics qualifiers.

Only twelve players will be picked from the pool of 24 players who made the two teams that recently participated at international competitions.

According to Kenya Volleyball Federation chairman Waithaka Kioni , " this will increase competition and give coaches an opportunity to pick the best players from the two teams as we seek a qualification spot  to the Olympics in 2016."

" Each of  the two teams say they are the best and they deserve to be  the ones to  play the qualifiers and the Olympics.The juniors say the senior team members should retire while the seniors say the juniors lack the experience  so we will let the court decide." Kioni added.

The African Olympics qualifying tournament will be held between January and March 2016 at a venue to be announced by the CAVB.

Kenya through the Kenya Volleyball Federation have placed a bid to host the African Rio Qualifying tournament and their number one status in Africa should help boost her hosting chances.