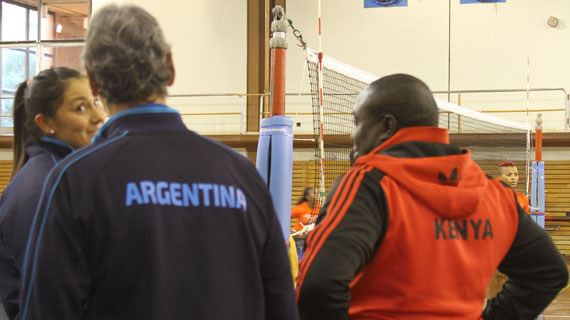 After enduring the humid condition in Puerto Rico during the World Olympic qualifiers, The Kenya volleyball team has experienced very drastic changes in weather patterns in less than one week.

The team landed in Buenos Aires in Argentina on Tuesday morning to a freezing 10-degree temperatures, “It is very cold here and we are forced to stay indoors under air conditioning units. The good thing is we came here earlier and we are adopting well to the low temperatures thanks to the Argentina Volleyball Federation and FIVB.” Said Monica Biama.

At The same time, the team’s major problem in Buenos Aires has been language barrier where everyone speaks in Spanish with limited or no understanding of English, “We have to communicate in sign language and this makes it very difficult for us to understand each other.” Says Agrippina Kundu the team’s Libero. She adds that “But this has also challenged us to start learning basic Spanish words.”