Malkia risk missing Brazil camp due to lack of funds 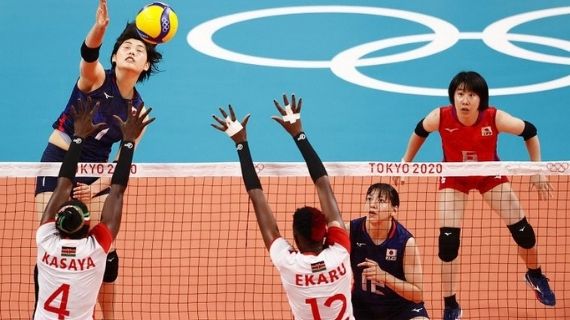 The team was scheduled to leave for Brazil this weekend, but the trip is in doubt after the Sports Ministry informed them they did not have money to finance the trip.

Malkia Strikers head coach Paul Bitok says missing a golden opportunity to train for two months in Brazil and Serbia will be a huge blow for the team’s World Championships hopes.

The team was scheduled to leave for Brazil this weekend, but the trip is in doubt after the Sports Ministry informed them they did not have money to finance the trip.

“The President His Excellency Uhuru Kenyatta celebrated with us in Mombasa after we came back from the Olympics and promised us we will not have problems again. I hope he will remember this and keep his promise and talk to the ministry to give us funding for this trip,” Bitok pleaded.

Bitok believes that having the girls train and play high profile friendly matches in Serbia and Brazil will be key for them to achieve their ambition of reaching the second round at the world stage.

“FIVB picked on us for this sponsorship and it would be such a big shame if we miss out. We only need tickets and allowances for these girls and we will be off to Brazil. Now we have had to break the camp because we don’t know the fate,” the tactician said.

Meanwhile, KVF vice president Charles Nyaberi says the team requires Sh46mn to enable them honor the Brazil and Serbia camps as well as the World Championships.

The Federation had already secured Sh10mn from betting firm Mozzart to part-sponsor their training in Serbia.

They had planned to play several friendly matches against the host nations and top clubs to help them prepare for the World Championships.

“I still remain hopeful that a solution will be reached to have these girls travel. The government has been very supportive and we keep hoping that they will continue their support,” Nyaberi said.