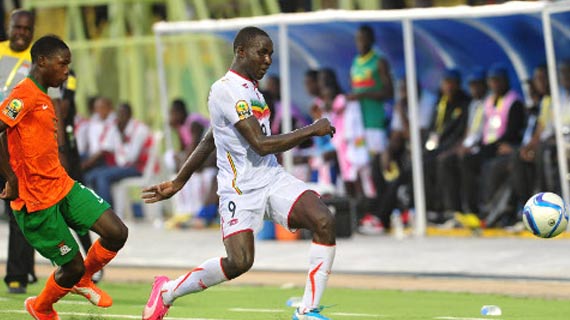 It is Mali vs DR Congo in the final of the African Nations Championship in Rwanda on Sunday, after the Malians defeated Cote D’Ivoire yesterday at the Stade Regional Nyamirando, Kigali. Substitute Yves Bissouma struck a well taken goal a minute from time, to hand the Eagles a deserved victory.

A lovely cross by Sekou Diarra found forward Hamidou Sinayoko in the box, whose header was well received by Bissouma. The 19-year old AS Bamako midfielder then went past the Elephants defense, before slotting the ball past Badra Ali Sangare and into the net.

Mali were the better side in the game, but would have gone behind nine minutes into the match, had Ivorian midfielder Essis Aka’s shot from outside the box not cannoned off the upright, with the Eagles’ keeper, Djigui Diarra, well beaten.

On 27 minutes, with Mali laying a territorial stronghold, Sekou Koita forced a save from keeper Ali Badra. Four minutes later, the Eagles were handed a chance to take the lead via a penalty after Cheikh Ibrahim Comara handled the ball in the box. That said, Ali Badra superb save denied the Malians a goal from Mamadou Coulibaly’s penalty kick.

Having had the better chances in the game, and being dominant in the second half, Mali left it late to finish off Ivory Coast in the 89th minute, to send them into Sunday’s final. The Eagles will face tournament favorites, DR Congo, at the Amahoro Stadium in Kigali. As for Cote D’Ivoire, they will square it out with Guinea for the bronze medal earlier on the same day at the same stadium.