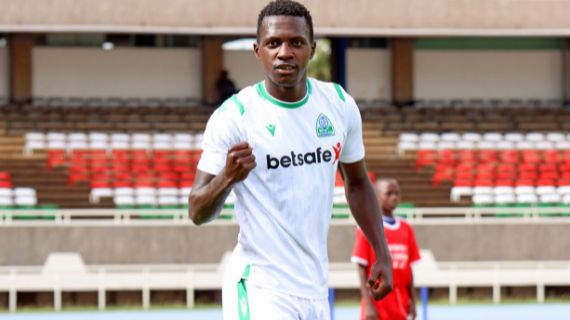 K’ Ogalo ultimately broke the deadlock two minutes to the break when Lwasa tapped into an empty net after being picked up by a brilliant cross from George Odhiambo.

The league is set to close down next weekend, but Gor will be without a match as they were scheduled to play Mathare United who have already been relegated after dishing away three consecutive walkovers.

The match against Talanta had initially been planned for last month, but Gor refused to travel to Kakamega to play the match. The Premier League new boys had taken the game to Kakamega as they had said they couldn’t find a venue in Nairobi.

The game was ordered to be replayed on Wednesday.

Lwasa struck a goal in either half to give Gor the lead while Angel Mathew gave Talanta a late goal but it wasn’t enough.

Talanta were coming back to action after dishing a walkover to Kakamega Homeboyz last weekend following a player strike due to unpaid dues.

Gor dominated the game in the first half with Benson Omala heading wide from George Odhiambo’s cross while Lwasa hit the side netting from inside the box. Dennis Nganga also forced the Talanta keeper to a smart save with a freekick from range.

K’ Ogalo ultimately broke the deadlock two minutes to the break when Lwasa tapped into an empty net after being picked up by a brilliant cross from George Odhiambo.

Talanta started the second half better but were caught out on the counter when Lwasa netted his second after picking up a long clearance from keeper Dolph Owino who was playing his second match for Gor.

Angel then halved the deficit for Talanta with a brilliant freekick from the edge of the box, but they couldn’t complete the comeback.