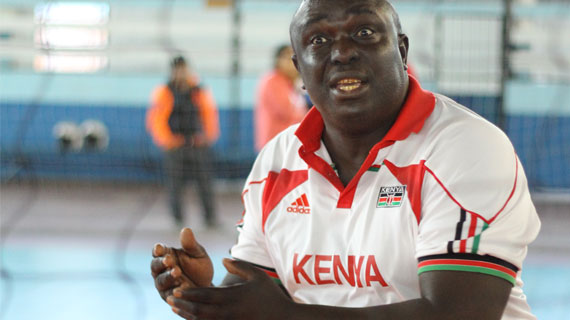 Kenya’s Malkia Striker’s head coach David Lung’aho has said his technical bench has set up a three-year strategy that will see Kenya challenge the world for the FIVB Grand Prix Group Two title.

Speaking in San Miguel Tucuman ahead of Kenya’s opener against Argentina on Friday, Lung’aho said the team is here to give a good account of themselves most importantly to retain their status at the Group Two level.

“We worked so hard to reach where we are today and I am glad that we won the Group Three stage on our second year despite having set up a three-year plan. Today we are here for another long journey but for us at this point we will take every opportunity as a learning process.” He said.

“It will be a tall order to say that we want to win the Group two stage at this point but we are here to fight for a good position at the end of the rounds most importantly to maintain our status at the Group Two.”

Lung’aho added that his team is well prepared mentally and physically to face some of the best talents in the world “We are excited about this competition and we look forward to deliver our best .”

This will be the third time Kenya is taking part in the 24-year-old World Grand Prix since being admitted in 2014 at the Group Three level.

Kenya will take on Argentina in the opening match on Friday night before facing Bulgaria and Dominican Republic.

After Tucuman, the team will head to Poland for the second round of Group Two where they face Puerto Rico ,Argentina and Poland .