Lung'aho : We are out to reclaim title 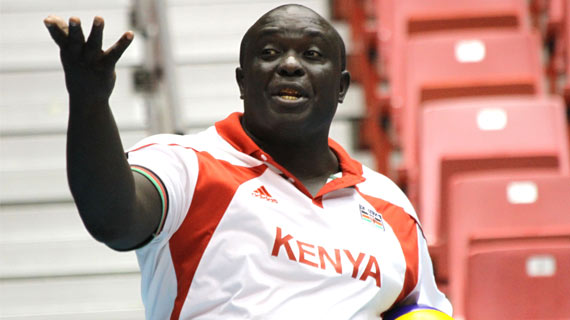 Lung'aho : We are out to reclaim title

Kenya Prisons women volleyball team head coach David Lung'aho has said his team will give their best performance during the national league playoffs as they seek to end an impressive season with the national title.

The five time national champions Prison lost the title to Pipeline in 2014 but now coach Lung'aho believes the return of  his key players who were away in Europe will boost their  pursuit to end a two year hiatus.

With the recovery of Loice Jepkosgei  and Evelyne Makuto who had been out with a knee injury since June, the former African champions coach Lung'aho is confident his team has all the credentials needed to reclaim the crown ,

" We are ready and focused. We had a good run through the season and we hope to extend this form in the playoffs. We know it will be one of the toughest playoffs ever basing on the current team forms but our intentions are very clear . We want this title badly."

The national league playoffs will serve off in Mombasa at the Makande Hall on Friday with the finals expected to be played on Sunday at the same venue.