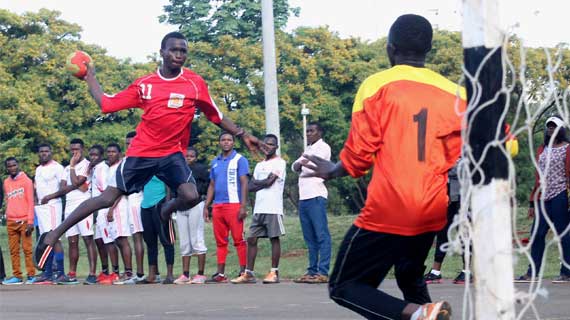 Teams that take part in the national handball league have proved their mettle as the national University games continues at KU.

Universities that play in the Kenya Handball Federation men’s premier league demonstrated a wealth of experience as they secured slots in the penultimate round of the ongoing Kenya Universities' Sports Association National playoffs staged at Kenyatta University.

JKUAT will play KU in the first semis as Strathmore battle TUK in the second. In the women’s class, MMUST come face-to-face with KU in the semis as UoE meet Mt. Kenya University in the other.

Football (men) will commence the day with quarterfinals duels between Pwani and Kabarak universities, KU and UoN, MMUST and Moi West, and JKUAT and Zetech University