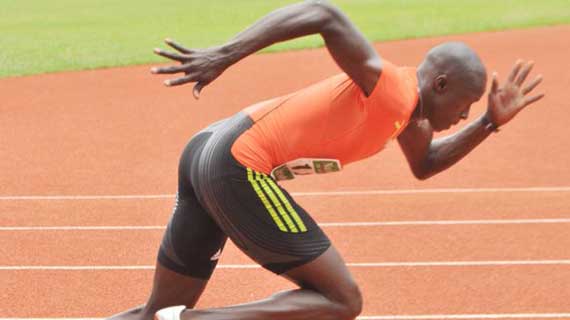 IAAF World Under-18 championships Director for Commercial and Marketing Joseph Lagat has reiterated that the government will stage a successful event in July.Kenya is set to host the last championships under the category on July 12-17 in Nairobi.

Lagat assured that the preparations were on course and there should be no panic since the government was fully behind the championships.

“We are glad that everything is running smoothly and I want to assure that the event will be successfull. Kenya is athletic power-house and the government is totally in support of the event,” Lagat said.

It will be the second IAAF event being hosted in the country after the 2007 world cross country held in Mombasa.

In the previous championships in Cali in Colombia, Kenya placed second behind USA in the overall ranking.

This year, Lagat said, Kenya will be hunting for more titles and victory at home.

“Since we will be competing at home, I want to urge you to actually come in large numbers to Nairobi to support the team,” He said.

“I think coaches have worked on number of disciplines so that we can get more medals in those categories. We are looking for the best,” He added.

Some of the athletic powerhouses have withdrawn their teams from participating in the championships citing various reasons. Britain among others will not field their athletes.

This had caused panic in the country that the event may only attract African countries.

“The team has greatly done a lot in terms of publicizing the event and I can tell you that we have the support from the IAAF and other relevant authorities,” said Lagat.