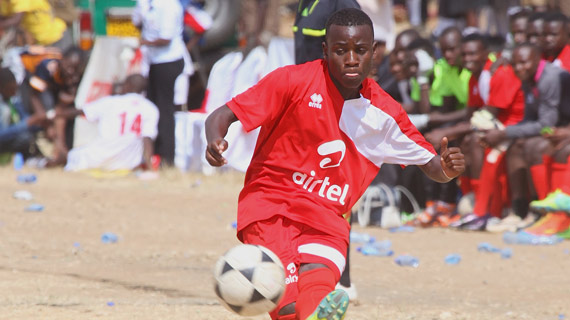 Laiser Hill are through to the boys' football final  at the ongoing Secondary School Games National finals in Machakos after defeating a hard fighting Kathungi 2-0 in the semifinal at the Machakos School on Friday.

The teams were scoreless after an entertaining first half that saw both sides create chances, Laiser Hill's

Kathungi looked the more likely to score after the restart, their forward line led by Mutembei putting Laiser Hill under pressure.

Laiser managed to contain Kathungi in midfield, resultantly seeing more of the ball and pressuring the Kathungi defense.

Ochieng would finally break the deadlock with a 69th minute goal before Kennedy Mwangi confirmed the result with an 83rd  minute goal that saw them reach the final.

The second semi final between Kisumu Day and Passenga is in extra time, the two sides tied 1-1 at the close of regulation time.