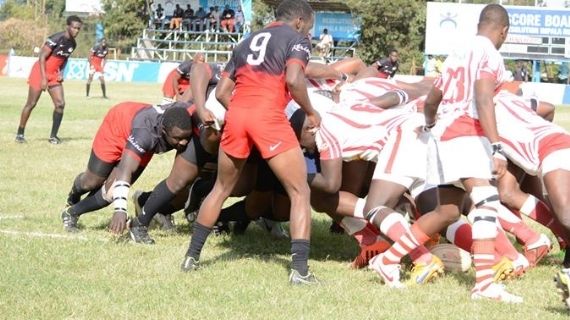 The Kenya Rugby Union has confirmed the relegation of ten time champions Resolution Impala Saracens from the top league in the country, the Kenya Cup.

Impala and Nondies in previous action. Both sides have been officially relegated to the second tier KRU Championship

The Kenya Rugby Union has confirmed the relegation of ten time champions Resolution Impala Saracens from the top league in the country, the Kenya Cup.

The decision was reached at a meeting of the KRU’s League and Fixtures Committee on Monday 28 February 2022 after Impala and Kenya Harlequin had closed the season tied on 17 points.

A communication from KRU seen by Michezo Afrika reads, “Following a league and fixtures committee meeting held this evening, 28th February 2022, it has been determined that.

1.  Two clubs – Kenya Harlequins and Impala Saracens were level on match points at 17 each after match day 11.

2. As per the league manual point 5 determines league standings in the case that teams are level on match points; No. 5. c directs that the determinant where such a tie exists, as the results of the matches played between the two teams.

4. As such Kenya Harlequins are ranked 10th in the league and Impala Saracens ranked 11 at the end of the regular season.

5. Impala Saracens are therefore relegated to the Championship League in the next season alongside Nondescripts.”