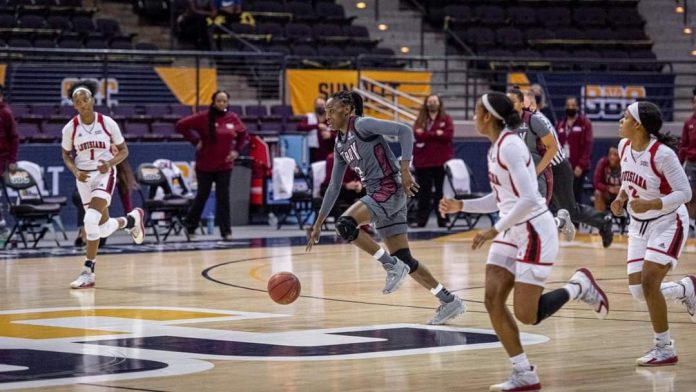 Commenting after the game, Troy coach

Chanda Rigby said a missed call late in an 84-80 loss Monday to No. 2 seed Texas A&M cost the No. 15 seed Trojans a shot at a historic upset in the NCAA women's basketball tournament.

Troy was making its fourth tournament appearance and looking for its first win. A No. 15 seed had never won in the NCAA women's basketball tournament.

Texas A&M led 82-80 with 4.5 seconds left and was inbounding the ball in the front court. Kayla Wells' pass bounced off the fingertips of teammate Destiny Pitts, who then chased after it, gained possession and dribbled into the backcourt. No over-and-back violation was called as the officials deemed Pitts didn't have possession in the frontcourt.

Instead, Pitts was fouled and hit both free throws with two seconds left to give the Aggies the winning margin.

-with additional reporting from ESPN