Kipsang to Participate in Gothenburg Marathon 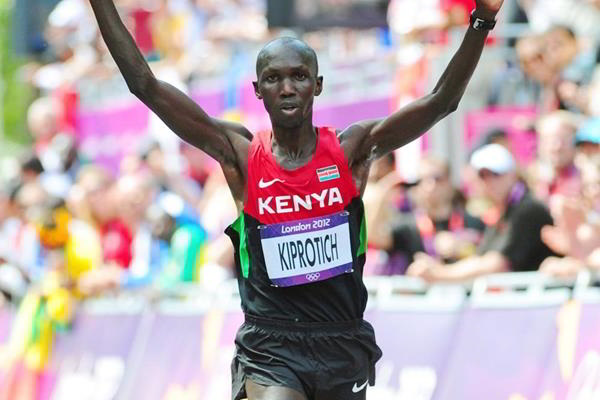 Wilson Kipsang, 34, will be running again after 3 months on the sidelines with Injury

The former world marathon record holder Wilson Kipsang will participate in the Gothenburg Half Marathon in Sweden on May 19.  This will be the Kenyan's first competitive event after slightly less than 3 months out in the cold. Kipsang's last outing was during the Tokyo Marathon back in February, where he was forced to relinquish his title after he had developed problems just 15km into the race. The 34-year-old has now recovered and is ready to push through his injury woes as he gauges himself against athletes of renown in the trade as he targets a sub 59-minute finish in the Swedish Marathon this Saturday.

Göteborgsvarvet is an annual half marathon running competition in Gothenburg, Sweden, often called Göteborg half marathon in English. It is the largest annual running competition in Sweden and the largest half-marathon in the world. the event has attracted more than 60,000 entries per year in previous years, every month of May since 1980. The Scandinavian town is centrally located and hosts the race which starts outside, and finishes in, the old athletics arena Slottsskogsvallen in the Slottsskogen park.

Wilson Kipsang expressed his disappointment, which is still evident, at the issues that developed in Tokyo that prompted him to bow out after just 15km. He said, "During my last race, I really wanted to go fast, but after suffering from stomach problems just days before the race, I didn't have the power to run a decent race. I'm still disappointed, I was really ready for it,"

Kipsang has a personal best time of 58:59 and is set to use this opportunity to test his limits as he sets his eyes on the forthcoming races in Berlin, Chicago or New York. He will be facing strong oppositions that include his Kenyan Counterparts Leonard Langat (59:18) Peter Kirui (59:22), Albert Kangogo (59:25), Richard Mengich (59:35) as well as Ethiopia's Abera Kuma (60:19) and former world 10,000m champion Ibrahim Jeilan (61:47).