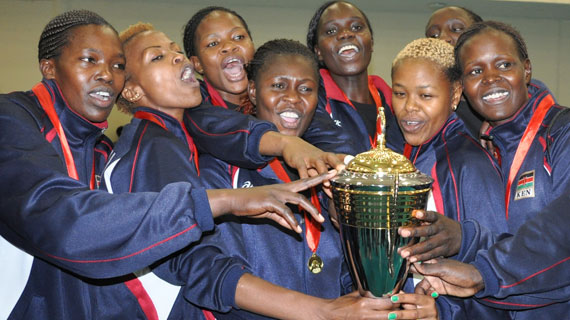 For a common Kenyan sports enthusiast, one would argue that the standards of Kenya women volleyball team have drastically dropped in the past half a decade.

This being in comparison to the North African rivals who have ruled the top charts in the continent especially after taking over the club championships title in 2013.Before 2013, Kenya Prisons won the African title for four years in a row while Kenya Pipeline held the record titles untill 2016 when the record was shattered by Al Ahly of Egypt  who now have a record 8 titles..

Since the 1987 All Africa Games in Nairobi , the Kenya women volleyball team has ruled African volleyball and will undoubtedly pass as the most successful team sport in Kenya.

The arrival of Cameroon on the big stage in addition to the Algerian, Tunisia and Egytian rivalry has also dictated a new pace on the continent. Cameroon qualified for the 2016 Olympic Games for the first time in the history of African volleyball.

Further, the withdrawal from the 2017 Group 2 World Grand Prix earlier in the week is a big blow to the growth of the sport in Kenya.

But three key factors pose the greatest impediment to the growth of the game currently in a stagnating position.

Kenya is yet to win any continental title at the Club championships since Kenya Prisons lost the crown in 2013 .The top club in the country -Kenya Pipeline- who have won the domestic crown in the past three years are also yet to reclaim the title now serving their 13th year continental drought.

According to Kenya Prisons team Manager David Kilundo, the reasons behind the unimpressive performance in the recent past are known to all stakeholders and there is urgent need to make drastic changes to address the sharp decline of supremacy in Africa.

Number one of the major reasons for poor performances especially at the club championships is the perennial pain of the Kenya Volleyball Federation Calendar.

“This issue of the calendar is the number one major reason for our poor performance at the continental club championships. You see in Kenya we finish our season in November and then the players have a long season off throughout December and parts of January. By the time their bodies start catching up it is time for club championships that happen around April every year. When you compare this to other nations; that is the time the players are at their peak performance as their leagues are still in session and the players fitness levels are at their best.” Kilundo noted.

To solve this issue, Kilundo recommends that the national Federation should consider making that painful decision to change the calendar to conform with the rest of the world.

The second major impediment to the development of the game is the lack of competition locally. In his observations, Kilundo has noted that “ We only have four teams playing in the women league throughout the year and of the four teams only two teams Kenya Prisons and Kenya Pipeline offer stiff resistance to each other. Without competitive play there is no way players will grow, there is no way the standards of the game will surpass the current form.”

Kilundo further notes that “When we complain that our standards of the game have dropped, we are not being sincere to ourselves. It is simply because North and West African countries have caught up with our level and even surpassed our potential. These countries have invested heavily in infrastructure and volleyball development structures to grow the game where as in Kenya the status quo is upheld.”

In his comparison, Kilundo observes how Kenya won the FIVB World 3 Grand Prix Championships in 2015, “We won the Grand Prix not by fluke but because we had close to five of our senior players all playing in Europe. They were all exposed to high level competition and standards and when they came back home they gelled perfectly, this reflected on the court. We need more players at the high levels of competition. We also need more young players to get exposure out there. But more importantly we must rethink on ways to make our league more competitive.”

“Look at where we are today, this is alarming and we need to move with speed to mitigate this.”Kilundo quips.

As he continues in his observation, Kilundo who is credited for the creation and success story of the Kenya Prisons teams noted that “Other underlying factors contributing to our poor performance at the international stage include inadequate indoor training. Whereas Kenya plays volleyball outdoor throughout the year, other nations especially North Africa have access to indoor facilities throughout the year.”

“Volleyball is an indoor sport but in Kenya we play outdoor throughout the year. So many dynamics are affected; for example the speed of the ball, the power of service and the calculation of delivery and reception are all heavily affected when playing indoor as compared to outdoor.” Kilundo continues.

One of Kenya’s greatest weakness in all competitions remains to be reception and this is as a result of limited time in the gym.

Kenya has only two available gym facilities for training at Kasarani and KPA Hall in Mombasa. However these facilities are not accessible and when they are, the renting fee is way higher than most clubs can afford.

“The reasons are many but I believe if we can fix these three issues then we shall be on the right path to reclaiming our lost glory.” Kilundo concludes.