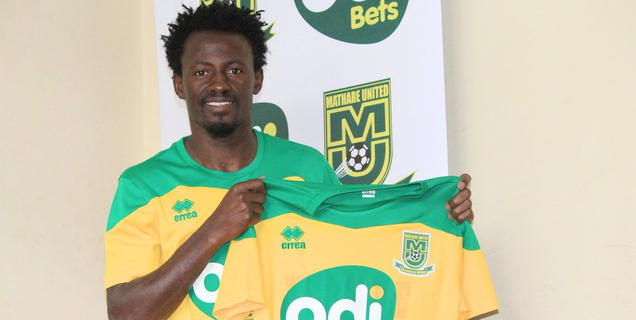 Kevin Kimani back at Mathare United

Mathare United have re-signed winger Kevin Kimani on a two-year deal after he left Sofapaka FC. Kimani skippered Mathare United in 2011 in the year he clinched the Kenyan Premier League player of the year award and went on for several forays abroad which never worked out.

Kimani has been training with the Slum Boys for the past month after leaving Sofapaka and he has finally come to an agreement to play for the side till December 2020.

“We lost only three players and that means we have retained our squad. We are not in a hurry to make any signings because we want to be careful on what we want. We still have time and we will for sure bring in new players,” Kimanzi noted.

Kinyanjui and Kimani featured for Mathare as they lost 2-1 to Sofapaka in a friendly match at their Goan institute training ground on Wednesday afternoon.

Chris Oduor took them ahead but Sofapaka came back in the second half to win via a penalty from Justin Mico and an Elli Asieche header.