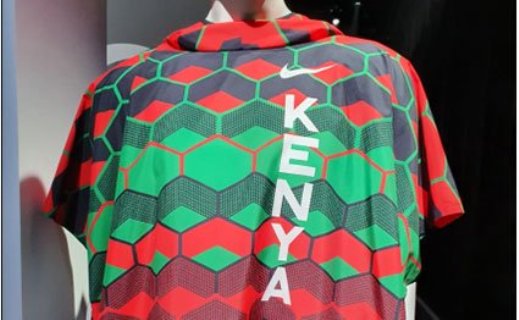 American apparel company Nike have been slammed by Kenyans online over the new design for Kenya’s kits set to be used at the Summer Olympics in Tokyo. Nike released Kenya’s kits, alongside other countries ahead of the Olympics on Wednesday and the design which features a different shade of red and green has been bashed online.

“Maintain our traditional colours..We have not recovered from the ulcers we got from the new Kenya Police uniform. The ground has resisted this new uniform,” a Facebook user by the name Mutai K. Solomon stated.

Another one added; “They should scrap that honeycomb thing & put a more profound green. Then perhaps intertwine red, black & white on edges/strips. And put fitting tops/vests with black tights for pants. My two cents.”

The National Olympic Committee of Kenya (NOCK) said they would launch the kits in Kenya in April with pieces set to be available for purchase across the country by fans.

“The Kenyan colors as represented by the newly designed kit launched are synonymous with our Olympics success. Our athletes have colorfully dominated the track and our boxers have left a mark on the ring at the summer games for decades. The uniqueness of the design reflects the vibrant culture of Kenya,” NOC-K boss Paul tergat said in a statement after the kit was revealed.