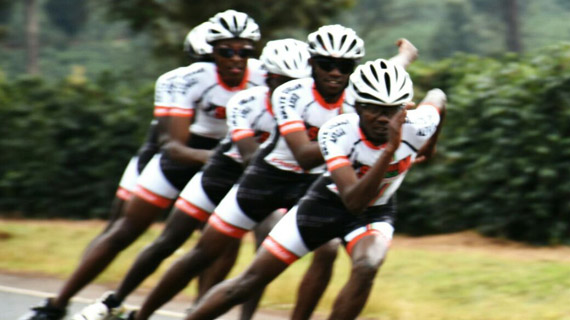 The 2016 edition of the ignite Bungoma Skates festival is expected to attract some of the best skating clubs drawn from across the East African region.

Already, members of the Kenya Speed Skating team and Nairobi based clubs have confirmed their participation in an event that will be  held on Sunday 18th December 2016 on the streets of Bungoma town.

With over 80 skaters having taken part in last year’s edition, this year is expected to attract more than 300 skaters from across the region including western parts of Kenya that have since posted tremendous interest with an encouraging growth in upcoming Skating clubs.

According to Mutura Kuria of Hope Raisers Skating Club and one of the Bungoma event organizing team members, registration for this year’s event will open in the first week of December, “We are extending an invitation to clubs from all over East Africa to come join us as we celebrate an exciting season of the Skating experience with this climax event of 2016 in Bungoma.” He said.

“Early registration will guide us with planning and logistics and we look forward to have a thrilling competition.” Mutura added.

During the inaugural edition held in Bungoma in December 2015, the winner of the senior 25KM marathon walked home with 20,000 and organizers have already announced that this year’s prize money will be better than last year.

The Skates Marathon will be hosted as part of the Magharibi Michezo Awards celebrations on the weekend of 17t and 18th December.