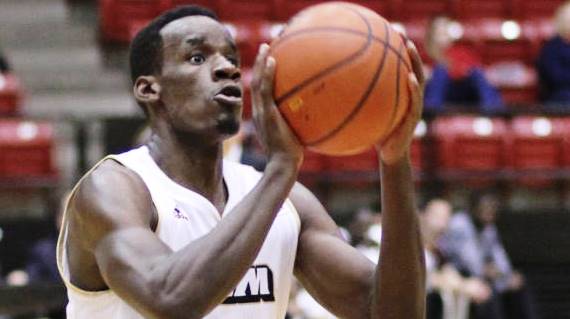 Kenyan basketballer Tylor Ongwae has signed a professional contract to play for top Swedish side Olna Vikings in the premier league, Basketligan.

Nicknamed "TO", Ongwae hails from  Eldoret Kenya and is the son of Samson W. Omweno and Florence Okari.

Prior this this new deal, the talented basketballer who once featured for the national team was a forward for The University of Louisiana at Monroe team, the ULM Warhawks where he made his mark from Junior to Senior level and helped the team bag many accolades.

Featuring for only two season, Ongwae helped Warhawks bag 14 wins at home as a senior, the second-most in school history.

His University team's website,Ulmwarhawks.com, puts his 2014-15 achievements as follows;