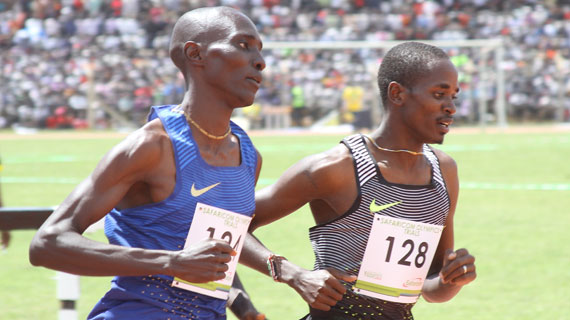 Kenya's team to this year's IAAF World athletics championships will depart Nairobi on Tuesday morning for London ahead of the games that commence on August 4th at the Olympic stadium.

The Kenyan team will be without David Rudisha who announced his withdrawal from the team on Monday evening due to a nagging injury that will not heal in time for the race.

The Kenyan team that departs on Tuesday will include among other world beaters; Olympic champions Conseslus Kipruto, Faith Chepng'etich and javelin king Julius Yego.

The Kenyan team of 54 athletes has been camping and training at the Moi International Sports Center Kasarani in Nairobi in preparation for their overall world title defense they last won in Beijing China in 2015.