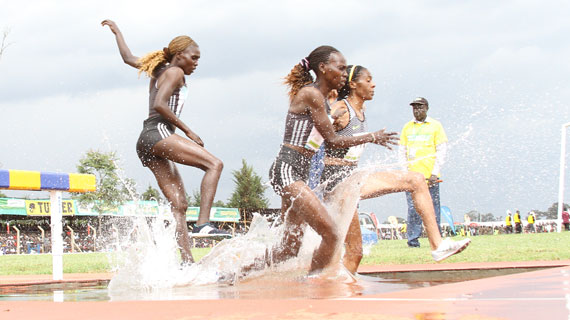 It is yet another year where Kenya is expected to continues showing its prowess in athletics globally.

The nation now swings to action ahead of the international competitions and the crucial IAAF World Under-18 Championships set for July in Nairobi.

The championships will be very important to the country which will be the second major event to be staged in Kenya at the 2007 IAAF World Cross Country held in Mombasa.

With less than six months to the games, there have been fears of the manner in which the country is preparing for the competition.Already Britain has withdrawn its athletes from taking part in Kenya but the Local Organizing Committee has assured that all is well and a successful event will be staged.

The action will start in March for the IAAF World cross country championships set for Kampala in Uganda.

The preparations for the cross country has already started in Kenya with the Safaricom-sponsored Ndalat Gaa Kids Cross Country kick-starting the season late last year.

Kenya topped the world for the first time in athletic history at the 2015 World championships in Beijing.

It registered seven gold, six silver and three bronze for a total of 16 medals beating Jamaica and USA to second and third overall position respectively.

Celebrated coach Julius Kirwa guided the team to glory in Beijing and Rio and he has been tasked to lead the contingent to this year’s world championships in London.

“This is another year for Kenya to showcase its talent in athletics and I am happy that we have welcomed it. We are looking for better performances in London,’Kirwa said.

There are several competitions in the European circuit including the Diamond league meetings and world major marathons where Kenyan athletes are expected to dominate in this New Year.