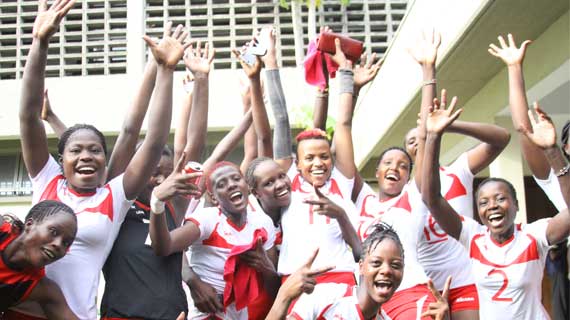 The 2016 edition of the Africa volleyball Club championship will be held in Tunisia. This has emerged as Kenya  announced incapacity to host the event  if more than twelve teams entered the tournament.

Confirming the latest development , the Kenya Volleyball Federation Chairman Waithaka Kioni has said Kenya has only one international standard gymnasium to host the event and that with more than twelve teams having confirmed participation, it becomes a challenge to  have a second venue.

" This years event has been moved to Tunisia,"Kioni confirmed.

Previously the federation hosted the event at two venues in Nairobi's Rongai  including the African Nazarene University. It has however been noted that the  concrete floor at the gymnasium at Nazarene does not meet international standards.

"Currently we only have Kasarani  gymnasium and with more than twelve teams taking part in the event  we may not have a suitable venue to host the second pool." Kioni added.

Kenya Pipeline finished in second place last year during the same competition held in Cairo Egypt after losing to host club Al Ahly 3-0 in the final.

The last time Kenya won the club championships was in 2012 in Nairobi when Kenya Prisons defeated home rivals Kenya Pipeline at Kasarani to bag their 5th continental title and 4th in a row.