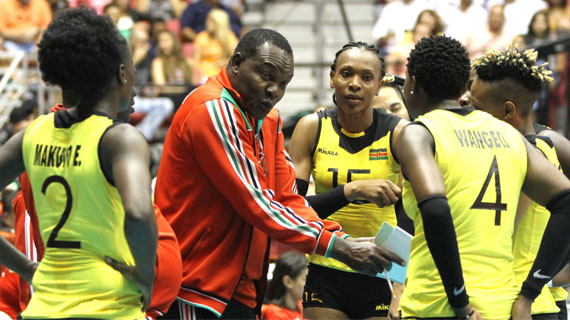 Kenya’s Malkia Strikers will play against the Argentina women national team in a friendly match on Wednesday morning at 10:00am  local time (4:00pm Kenyan time). The two teams are preparing for the 2016 FIVB World Grand Prix to be played in Tucuman Argentina starting June 3rd.

Kenya landed in Buenos Aires Argentina on Tuesday morning after 8 hour 15minutes flight from Miami USA where they had connected from San Juan Puerto Rico.

Speaking in Buenos Aires, Kenya team manager Martin Kimondo said, “This is a good opportunity to play against one of the top teams in the world and we hope this will help our players recover well.”

Argentina have qualified for the Olympic games where they will be making their first appearance as the South American champions.

The Kenyan team will be hosted by the Argentine Volleyball Federation for four days before they fly out to Tucuman this weekend.

Kenya will play against hosts Argentina, Bulgaria and Dominican Republic in the first round of the FIVB Group 3 World Grand Prix.