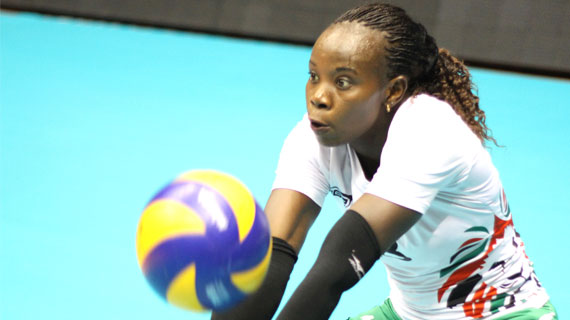 Kenya will open their quest for an Olympics berth with a tricky assignment against Colombia on Friday evening at 5:00PM Local time (midnight Kenyan time).

While Colombia seeks to earn their first qualification to the Olympic games, Kenya will be out for revenge against a side that beat them in straight sets last season during the Group 3 World Grand Prix in Mexico.

Speaking during a pre match press briefing in San Juan on Thursday, Kenya coach David Lung’aho thanked FIVB for giving Kenya another opportunity after failing to earn the direct qualifying slot through the African tournament in Cameroon.

“We are happy to be here especially considering that this is a second chance after we failed to earn the direct ticket. Our players have been busy with club championships and they are in good competition mood. Our aim is to earn the remaining slot to Rio and we hope to have a good competition.”

Lung’aho further added that the new qualification process gives more teams a second chance of qualifying for the Olympics games especially those that failed to get the direct slots.

Also speaking during the briefing, Eduardo Guillaume, the Argentinean coach of Colombia said “We are elated to be here with all the intentions of earning the berth to Rio and we will do all necessary efforts to finish first,” Guillaume said. “It was a good preparation, under the circumstances, but I can see our team is at a good level.”

The Kenyan team had a chance to train at the competition venue on Thursday and the players showed good signs of shaking off the jetlag after 26 hours of travel.

“We basically worked on our reception and attack. The players’ response was very good as we couldn’t notice the jetlag in training and the mood in camp was good.” Lung’aho said after the training