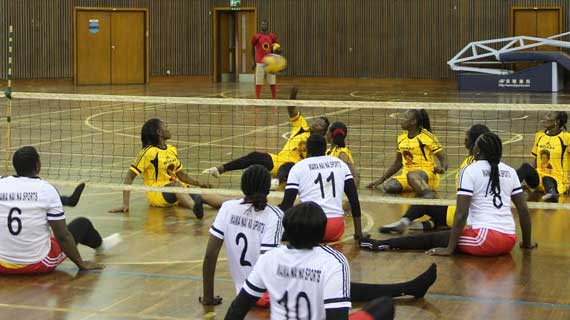 Kenya will host the sitting volleyball Africa continental World Cup qualifiers at the Moi International Sports Centre, Safaricom gymnasium on May 15-22 in Nairobi.

The Africa ParaVolley Board designated Kenya as the next organizer for the 2018 World Sitting Volleyball championships for Africa qualifying tourney after the local federation made the presentation.

Fifteen countries are expected to participate in the qualifiers in both the men’s and women’s categories with the top two teams in each category qualifying for the World Cup to be hosted at the Sport campus Zuiderpark in The Hague in July next year.

According to the  Kenya Sitting Volleyball (KSV) chairman Polycarp Mboya , Kenya will host an inter counties championships to select the men’s and women’s national teams for the qualifiers at the Masinde Muliro University in Kakamega county on February 25-26.