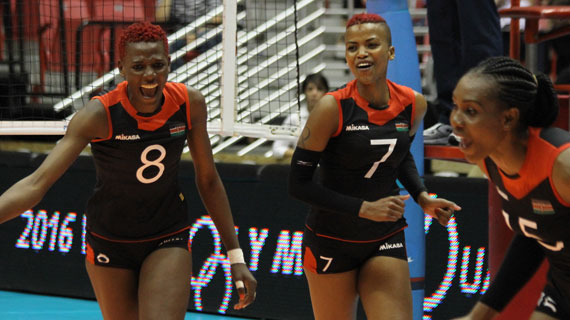 With one win from two matches played, Kenya will take on host nation Puerto Rico this evening in the final match of the World Olympic qualifier at the Roberto Clemente Coliseum gymnasium in San Juan Puerto Rico.

The Puerto Ricans have won two matches from the three to be played defeating Algeria and Colombia with straight sets. A win against Kenya will see them qualify for the Olympic games as they will finish at the top of the table.

Puerto Rico, just needs to win one set in the last match against Kenya to qualify for their first ever Olympic Games but a convincing 3-0 win for Kenya will see the winner decided on mathematics as Kenya and Puerto Rico will both be on two wins together with Colombia, depending on whether they will defeat Algeria with straight sets.

Colombia have one win from two matches having beaten Kenya in their opening match but lost to Puerto Rico on Saturday. Colombia will play against Algeria who have already been locked out of any chances of qualifying.

Algeria and Colombia will meet up in the first match of the last competition day that promises to be exciting.

Kenya vs Puerto Rico will be played at 6:00PM Local time (1am Kenyan time)