Kenya set to take on Argentina in Grand Prix Opener 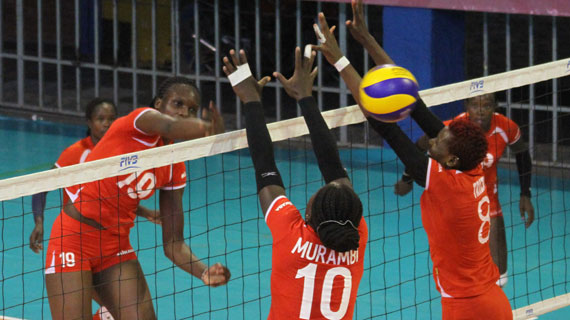 Kenya set to take on Argentina in Grand Prix Opener

Kenya team training in Tucuman ahead of the opening match

Kenya’s Malkia Strikers will on Friday night take on host team Argentina as the 24th edition of the FIVB World Grand Prix serves off across the world. The 2016 tournament will feature 28 teams who play in 20 different cities around the world.

Kenya will be making their debut in group two after being promoted as Group Three Champions last season following their famous win over the then group Three favourites Peru in the finals played in Australia.

This will be the third time Kenya is meeting Argentina in less than two weeks as the two met in back to back test matches in Buenos Aires and Palpala in the Northern Province of Jujuy respectively. Argentina won with straight sets in both occasions.

The Argentine’s will be advantaged by home support at the 36-year-old gymnasium in Tucuman but this will not deter the ever passionate Kenyan girls, “We qualified to be here and we are ready to give a good account of ourselves. This is a tougher group but we are determined to come out with good results. For us, the most important thing is to play well, avoid mistakes, use every opportunity to earn points but above all enjoy volleyball on the court.” Said team captain Mercy Moim.

Kenya brings a wealth of experience having recalled two senior players Janet Wanja and Brackcides Khadambi who return with a lot of maturity and leadership. The two missed Kenya’s crucial opportunity to qualify for the Rio Olympic Games in February, an opportunity that was grabbed by hosts Cameroon.

Speaking ahead of the match in Tucuman on Thursday, Kenya coach David Lung’aho put emphasis on his team’s willingness to grab a lot of experience as they face some of the finest world talents in Group two, “We respect every team in this group. We had a good plan last season and it worked well for us. However, at this level in Group Two we understand competition is tougher but we are mentally and physically ready for the challenge as we start another journey. We believe we have what it takes to fight for a good position in this group by winning a couple of matches.”

Kenya will open their action in Argentina on Friday against the Olympic bound hosts at 9:00PM local time.

Other teams in this group include Bulgaria and Dominican Republic.

The 2016 women’s premier annual volleyball tournament will this year visit 20 cities around the world. 28 teams split across three groups and four weekends of pool play will fight out for top honours.