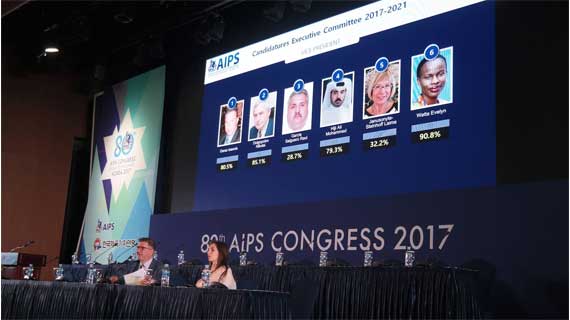 Watta, who  serves as the  treasurer of Sports Journalist Association of Kenya (SJACK), garnered 90 votes from the 96 countries that voted on Friday in Pyeong Chang, South Korea, this being the highest (90.8%) of all votes gathered by a single person during the elections.

Watta previously served as a board member and Secretary General of the same body  and will now become the first Kenyan journalist to hold such a high position at a world sports body.

Watta previously worked at NTV as a sports news reporter and later also worked as a pioneer senior writer and sub editor at Sportsnewsarena.com